Instead, wiring color management is overseen in large part by the Telecommunications Industry Association (TIA). As of 2018, the current recommendation for coloring breakdowns is as follows: 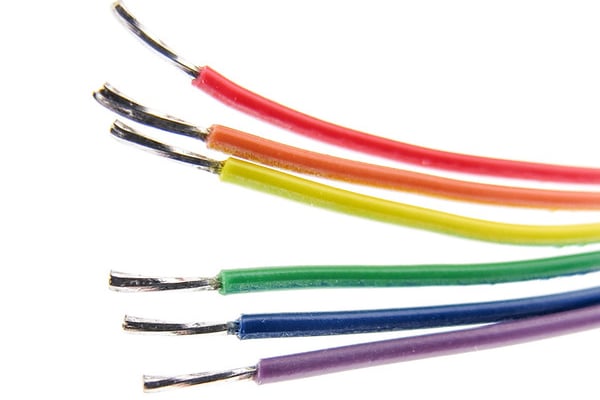 
Having said all this, it's equally important to acknowledge that while these standards do exist in the most technical sense of the term, there's nothing that really demands that they be used in a particular building or environment. Most of the time, the use of wire jacket colors in cables will vary heavily depending on the business you're talking about, the industry it's operating in or even who set up the network infrastructure at any given time.

Even TIA's own recommendations, as outlined above, can vary wildly depending on which country you're talking about. In the United States, cables originating from common equipment like multiplexers are singled out using the color purple. In Canada, they use a white or silver color. Purple cables in Canada indicate first level backbone telecommunications media termination, whereas in the United States those same cables are traditionally white.

As stated, these were always more guidelines than hard and fast rules to begin with and, because of that, they can also vary depending on the industry you're talking about. The Department of Defense, for example, uses cabling colors that closely align with the classification levels of the information being stored on the devices they're connected to. Blue colored cables typically identify unclassified data, for example, while red indicates a "secret" classification level. Yellow denotes "top secret", and so on and so forth.

When you consider that in the aforementioned example, blue cables represented the termination of telecommunications media, it's easy to see just how varied these colors can be in execution depending on the context one finds themselves in.

Provided that some type of color classification system is A) created by those setting up the network infrastructure in the first place and is B) closely adhered to by everyone working in the environment from that point on, the actual colors used matter less than what it is they represent. So long as that classification system exists at all, most organizations will be able to enjoy as many of the benefits with as few of the downsides as possible.

What are the Standard Wire Colors for DC Circuits?

Along the same lines, wiring for both AC and DC power distribution branch circuits also use a color-coded system of their own, specifically to help people working within those environments better identify specific wires. This, too, is something that can vary significantly. In one area, wire colors may be specified in legal documents whereas in others, local custom dictates which colors are chosen for which purpose.

In terms of DC circuits, the US National Electrical Code specifies that any grounded neutral conductor of a power system needs to be identified with either a white or grey color. The protective ground must be either green or green with a yellow stripe or, in some cases, bare.

In a two-wire ungrounded DC power system, on the other hand, there are no recommendations for color coding to speak of. Because of that, the positive is usually red and the negative is usually black as per local electrical inspectors.

What are the Standard Wire Colors for AC Circuits?

The same is true for AC circuits, too. In the United States, for example, the US National Electrical Code only specifies the use of white (or grey) for the neutral power conductor and for bare copper wire. Green, or green with a particular yellow stripe, are used to identify the protective ground. Based on that, any other color beyond those mentioned could be used for power conductors depending on the situation.

Color coding for AC power usually breaks down as follows:

What is the Process for Creating a Custom Wire Jacket Color?

Generally speaking, the process of creating a custom wire jacket color is simple - you just need to make sure you're working with the right custom cable manufacturer in the first place.

When you partner with a provider like Epec Engineered Technologies, you're able to create highly reliable custom cables based on any design and print requirements that you may have. Not only will such a partner be able to fully assist you with cable and connector selection (including custom jacket color), but they'll also be able to lend a hand in terms of layout and manufacturing, computer aided design (CAD) and much, much more.

In the end, you'll be left with custom wires to meet your needs with a color scheme that helps both current and future employees keep things straight. Your color selections can support whatever current design system you may be using, thus making everything from routine maintenance to major troubleshooting as easy as possible for all involved moving forward.