Cable Assembly Design For Shielding From EMI and RFI

EMI (electromagnetic interference) and RFI (radio-frequency interference) are disturbances generated by external sources that impact a cable assembly by degrading the assembly's performance or completely preventing it from functioning. These disturbances can cause problems ranging from an increase in error rates of the signal being transmitted through the assembly to total loss of any electronically readable signal.

EMI/RFI interference is generated by both natural and man-made sources. Potential sources of these disturbances could include:

By designing and building cable assemblies properly most, if not all, EMI/RFI can be eliminated. Below are issues and problems that need to be accounted for during the cable assembly design and production stages when EMI cable shielding needs to be addressed.

Generally speaking, the higher the coverage of the braid shield on a cable the better. Typical coverage ranges from 65% to 95% with the higher coverage being able to protect against EMI/RFI to a much greater degree.

Issue 2: Not Properly Preparing the Braid for Termination

Braid Not Properly Prepared for Termination

Issue 3: Not Sealing Seams Around the Backshell 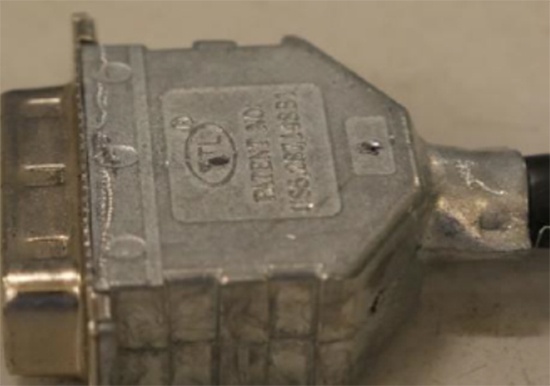 Issue 4: Not Sealing Crimp Area of The Backshell

As mentioned in Issue 3, the connector shell needs to be crimped onto the braid and cable jacket for a full 360°. In addition the area at the crimp point needs to be sealed completely to provide the most efficient EMI/RFI protection possible. This area needs to be cover in metalized tape. 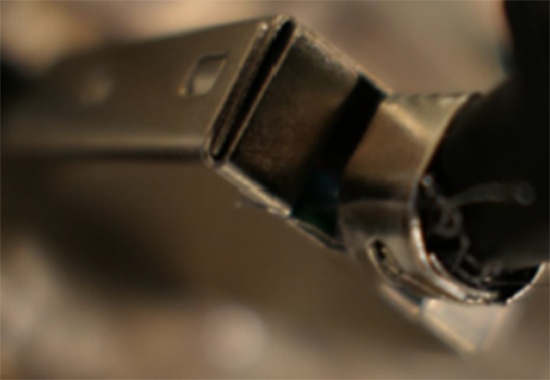 Any shells need to extend from the insertion point of the connector to the contact point with the cable shield/cable jacket. Any gaps in the shell need to be either soldered together or wrapped in a metalized tape to completely seal the shell.

To optimize EMI cable shielding in your product, the cable assembly design needs to be built to account for all potential sources which can cause interference issues. Sealing shells completely and using cables with high shield coverage are ideal means of protection from EMI, as they allow for complete coverage from one end of the assembly to the other.