I can remember the first ‘incident’ of black pad, years ago, when Epec started to use the electroless nickel immersion gold (ENIG) process. We didn’t notice the issue at the time, as it is not evident on the bare board, but received the complaint from assembly as it was later identified on completed assemblies.

Of course we had no idea what it was or what was causing the issue. This was something new and like all new processes in production there will be a learning curve.

Initially all processes became suspect, from the bare printed circuit board (PCB), to assembly, the flux, the solder, the plating, etc.  At the time, the ongoing push to RoHS compliancy was forcing process changes in all areas without proper validation or verification of said processes. It was becoming evident that immersion gold would eventually be the lead free surface finish of choice. Today, ENIG is the most popular surface finish with its outstanding reliability and flat finish.

So what was this black pad phenomenon and why was the ENIG finish responsible?

The name 'black pad' is a perfect description of the issue that occurs. Selective pads on one or both sides of a finished, electroless nickel immersion gold printed circuit board which appear to be partially or totally black after the thermal processes at assembly. Typically, it is not visible and difficult to detect at the production level of the PCB. 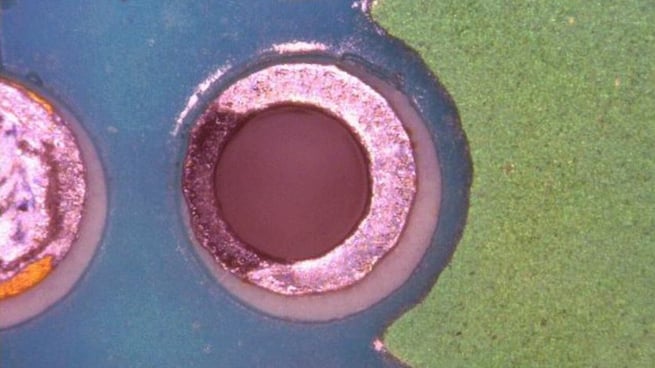 The nickel is corroded under the gold causing the surface to be brittle and to separate under assembly processing. This will lead to cracked or failed solder joints that are not repairable and often found too late, costing the industry millions in PCBs and components.

So What Causes The Pad To Turn Black?

All reports and analysis point to the conditions of the nickel bath as the main cause of black pad, with excessive phosphorus being the primary issue. Affected joints are easily broken, and the corroded, “black” nickel is exposed, providing basis for the term "black pad". Even the tightest controlled production houses, which closely monitor all chemistry levels, temperatures and incoming raw materials, fall victim to this ongoing problem at some time or another. 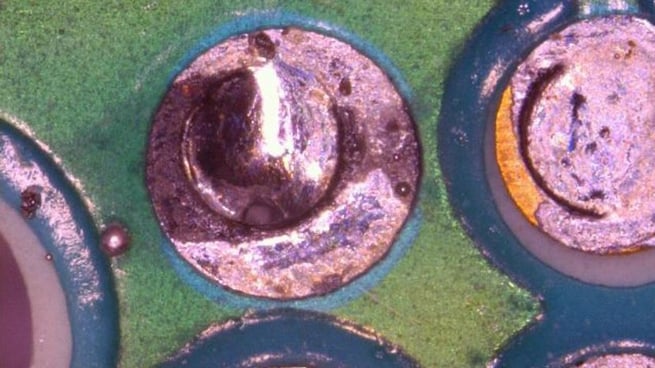 Another possible cause leading to nickel corrosion is excessive immersion gold deposition. IPC recommends 2-4 micro-inches gold deposition as the immersion gold process relies on nickel corrosion to complete. During the immersion process, nickel oxidizes (breaks down) and releases the electrons needed by the gold to form a layer of metallic coating on the nickel. Sometimes there is a requirement of a minimum of 3 micro-inches gold, which can be difficult to meet consistently because the immersion process is self-limiting. That is to say that once all exposed nickel is covered, the immersion process stops. So to meet the 3 micro-inch gold minimum, manufactures will accelerate the process through chemistry modifications so that the gold will deposit at a higher rate leading to a thicker deposit. This results in hyper-corrosion of the nickel surface, which could then initiate black pad occurances.

Thankfully, through excessive research and compiled data, immersion gold chemistry suppliers and printed circuit board manufacturers have improvised and improved their materials and processes. Parameters can be set to minimize or even eliminate occurrences of black pad issues related to the immersion gold process by avoiding the most well documented causes.