An electrical continuity test is used to determine if there is an uninterrupted path within a circuit allowing current to pass. Continuity allows electrical components to become properly energized and operate as intended. Simple electrical tests can help verify continuity quickly and inexpensively in a circuit, with sophisticated test equipment available for higher complexity options.

In the case of a cable assembly, detecting electrical continuity is a relatively straightforward test. If there is a problem, issues such as high electrical resistance may create an open circuit, or, damaged connectors and wires may be accidentally cut, creating an open circuit. Performing electrical continuity testing helps spot these malfunctions and helps engineers remedy the problem. This is especially important for custom cable assembly manufacturers since delivering high-reliability electrical products are a critical business requirement.

Cable assemblies should have a closed circuit when in operation. A closed-circuit indicates that the electrical current or signal moves from one point of the cable assembly to the desired endpoint. If the electrical current fails to flow, it could indicate that there is a problem that you should address. There are several reasons that a custom cable manufacturer performs a continuity test.

A circuit path runs from one end of the cable to the other end. When a cable is connected between a power or data source, it is called a closed circuit. Electrical current can now pass as intended between the sources uninterrupted.

A continuity test checks to see if there are any open circuits, which are not complete circuits and would show on a multimeter as an “open loop”. A common open circuit issue would be a break in a wire or making a wrong connection between the cable assembly and one of its connections. 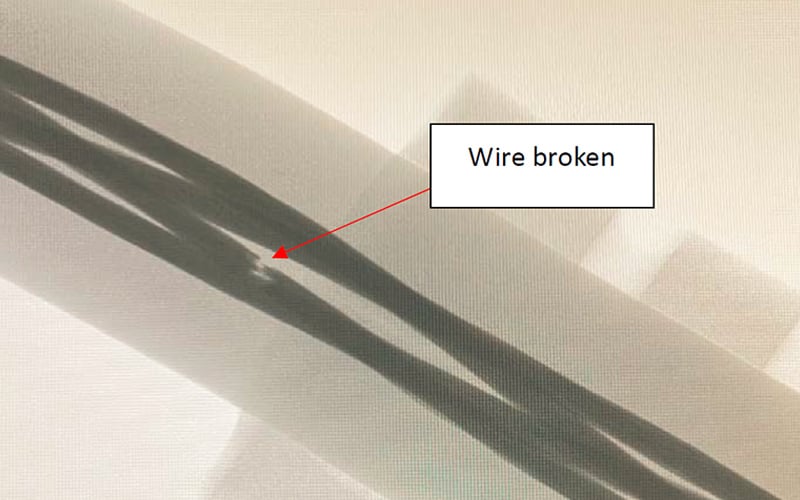 Pin-out refers to the connection of each wire within a multiconductor cable. A pin-out identifies every individual pin and where it should be electrically connected.

Electrical continuity is binary, and a circuit is either OPEN or CLOSED. However, because of anomalies such as corrosion or a poor fitting connector, the circuit may go through periods where it works, followed by periods when the circuit does not work. Flexing the cable may exacerbate the issue or cause it to fix itself. While intermittent connections are somewhat random, they are generally caused by corrosion or stress on the cable.

Some electrical test systems are designed to help detect intermittent connectors and will trigger an event log if detected.

Other Electrical Tests for Cables

In addition to assessing the continuity of cable assemblies, engineers may also test other factors, such as the performance and reliability of custom cables and wire harnesses. These tests may consist of the following:

Some cable assemblies are complex with multiple wires and high pin counts designed to connect to large equipment systems. Evaluating each individual wire and connector manually and performing one test measurement at a time becomes a time-consuming and costly task.

Automated and computerized test equipment allows manufacturers to perform multiple types of measurements using one system. These measurements are tracked and monitored directly through connected software interfaces so the engineers can easily view collected information. Automatic test equipment is ideal for cable assemblies that have high pin counts.

Data acquisition systems (DAQ) consist of hardware and software components to perform complex electrical measurements, usually over periods of time. Performing multiple measurements of cable assembles sometimes leads to a large amount of data being available. This allows engineers to customize the types of measurements to be performed and what measurement data is captured by the system. This data is then recorded over a specific length of time.

A DAQ system offers a unique and simple way to post-process data, such as voltage, temperature, pressure, or current measurements for current and future use.

Measuring continuity is standard on nearly all custom cable assembly builds. But there are instances where a higher complexity test is necessary to satisfy program objectives. Continuity is usually sufficient, but for specialized cable assemblies that need additional testing, for both electrical and mechanical, systems engineers need to carefully define all performance requirements. Early engagement with a full-service electronics manufacturer such as Epec can help reduce costs and maintain schedules.