SolidWorks Design: How to Approach Editing Other People’s Work 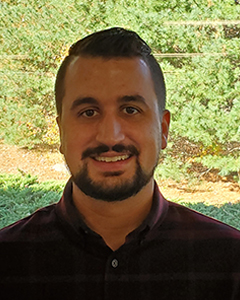 Although there are best practices when it comes to 3D modeling, every designer ends up developing their own style of modeling. This can cause challenges when you are tasked with working with someone else’s model. It can become frustrating when you go to make an edit that causes other parts of the model to change or fail entirely.

When approaching another person’s model, there are some important points to consider first:

What kind of timeframe are you working with?

In situations where there are troubles occurring when updating a model, a decision must be made whether to recreate the data from scratch. This may seem like a waste of time but can save a lot of time in the long run if future updates are expected. If you have the time to recreate an unstable model definitely consider it.

Live files are the original working files from the previous designer. They contain all the model features and inputs. Dead files are ones in which all, or parts of, the model have been isolated and no longer carry the feature data, like a .step file.

Are you changing or adding to the existing model?

If are only adding to a model, it may be easier to work with a dead solid. You are then ensured that your changes won’t accidentally alter a dimension you weren’t intended on changing. This is also useful when you are modifying a physical part that you have a model for and don’t want any of the features to shift as you make your edits. 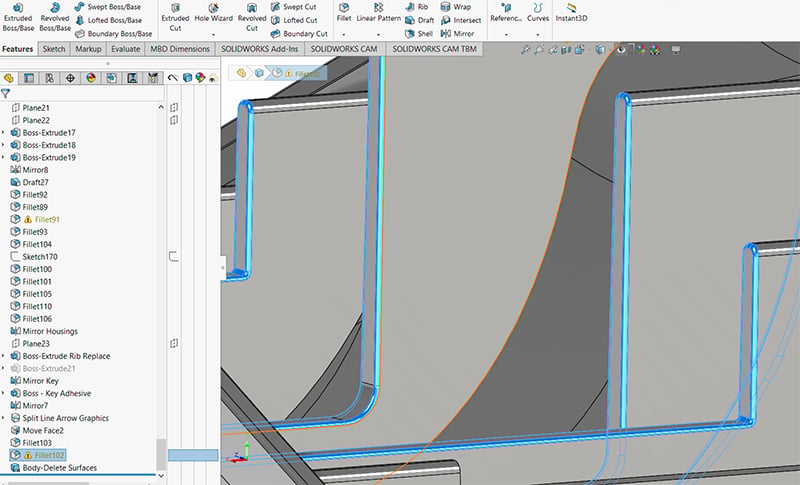 Once you have determined the above, it is time to make the edits. Since recreating data or adding to a dead model is essentially the same as working from scratch, the following will focus on making changes to live data. When editing a live model, there are a few things you can do to ensure that your changes are successful:

Check That Everything Is Fully Constrained

Use The Parent/Children Function and Find “Origin Features”

Origin features are features where the rest of the model are based on; they are typically planes, points, and lines. These features are fully constrained independently from any other feature, sometimes by coordinates. The origin point, and the three starting planes (XY, XZ, YZ) are examples of origin features. When editing a complex model, you can use the parent/children function to find the origin features of the portion of the model you are trying to edit. You can also use the children function to determine if an edit you are about to make will impact other portions of the model. In situations where a feature controls multiple areas of a model, you can simply duplicate the feature and reassign one as the parent to the portion of the model you are trying to edit. 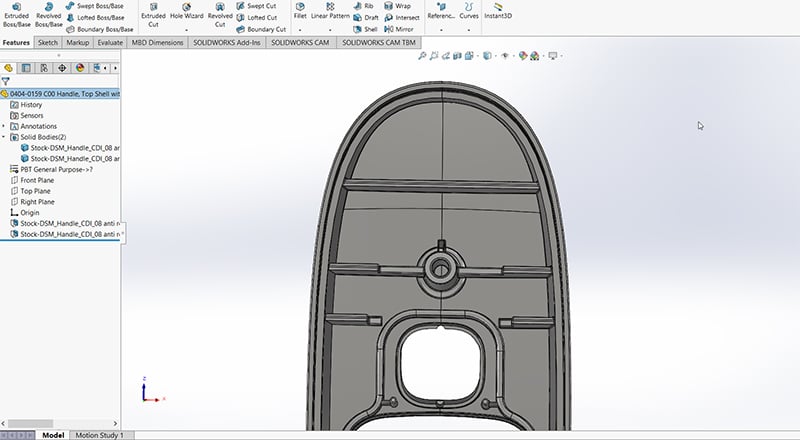 Example of failing features caused by trying to update the part.

As with all modeling, save your work often. You never know when a change will break a model to the point that you can’t recover it and you’ll need to start again from the last time you saved. Use these situations as a reminder to follow best practices when creating new models. Always assume someone will have to edit the data in the future. It could even be yourself years down the road, making the model essentially new to you again.