Production Level Battery Testing: What is Included and What to Expect

Imagine that you have a battery pack assembled that uses a certain type of electrode materials. However, the materials don't work well with the present electrolyte. Waiting until the end of the assembly process isn't ideal, as it becomes harder to determine what the exact issue is at the endpoint of the battery pack assembly. It would require the technicians to work backward, testing other parts of the assembly first to then discover that different materials will be needed for the electrode. 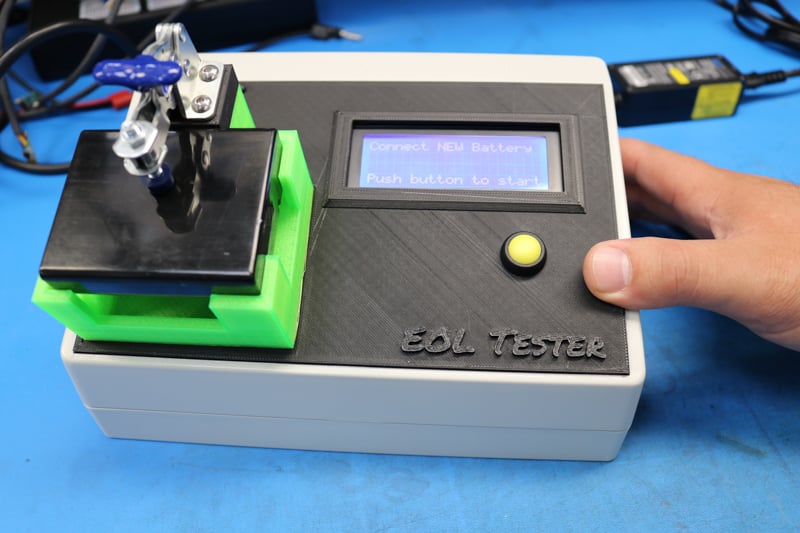 To eliminate additional testing and disassembly of the battery pack, a production-level battery tester is used. The battery tester can determine the right electrode materials to use with certain electrolytes during the research phase of battery development.

Different types of testers can be used during the production of the battery pack. The testers are used to evaluate and measure different aspects of the battery during production, such as temperature, surface resistance, impedance, and other battery aspects.

A thermocouple is used to take measurements of temperatures. Production level battery testers need to determine if there are any hotspots along the battery pack caused by either or all the electronics placed into the battery pack to provide additional functions or if there is instability with the battery chemistry being used and to guard against thermal runaway.

Electrochemical impedance spectroscopy helps to take measurements of the impedance, or internal resistance, between the cathode material and the active material within the battery. It helps to determine the state of health (SoH) and state of charge (SoC) of the battery pack.

Common Batteries that Production Level Testers are Used On

Some of the above-mentioned production level testers require wires to be connected to the battery materials to gain readings. Other testers, such as PAT Cells, do not have any wires as the battery cell is placed directly into it.

Many of the production level battery testers are used on batteries that have lithium-based chemistries. Due to lithium still being a relatively newer chemistry, and with technologies in the area advancing, the need to effectively test these types of batteries has become paramount.

Lithium-based chemistries are considered more unstable than other types of battery chemistries. They are prone to thermal runaway, which may cause a fire or explosion when overheating or experiencing a short. When working with different materials combined with lithium, care must be taken to ensure the battery provides the right amount of power to the application. This unique circumstance is true for both high-powered electronics that are getting smaller and lighter in size, requiring lithium-based batteries to fit the application, and larger electric vehicle batteries that are becoming more prominent in the automotive market.

With smart battery packs desired in many of these applications, ensuring the electronics and sensors work as intended are also a design consideration. Production level battery packs can be used at different phases of the battery pack's assembly to check for potential issues with these additional functions added into the smart battery. Also, passing tests in-house for these batteries can bring extra peace of mind to the customer that the battery pack is assembled correctly and will pass the national and international battery pack tests that may be required when handling and shipping the products to other destinations.

Keep in mind that the costs of time to build in-house testers will be based entirely on the battery pack design and the customer’s specifications. The timelines to build the production testers will also vary. In some instances, a production-level battery tester may already be available and will only need the necessary adjustments to be used on the customer's specific battery packs.

Speaking with the manufacturer at the very beginning of the project and discussing the types of production level battery testers that will need to be made can give the customer a clearer picture of their costs and production schedules.