One point that anyone involved with cable assemblies understands is that "every electronic or mechanical component will eventually reach the end of its life cycle". This blog post will define cable assembly obsolescence as the point in an assembly’s life cycle when it is either no longer in a usable state, meaning it is not functioning as it was designed, or there is no longer a use for the cable assembly due to technology changes.

Obsolescence, or end of service life due to technology changes, is a very real issue in industries including data com, industrial, medical, and consumer products. Having cable assemblies that are performing the task that they were designed to do becoming obsolete due to technology advancements rather than reaching the end of its useful life is becoming quite common. In all industries the desire for the most advanced and up to date equipment is driving a very rapid development of new products.

In some industries, Standards Committees are developing interfaces that are replacing existing products and making those existing products obsolete years ahead of their expected end of life. Because of this transition to better technology, a designer needs to consider technology updates when designing a system and build assemblies accordingly. If it is anticipated that a cable assembly will be outdated due to technology change in 5 years, it isn’t necessary to design and manufacture the assembly to last 15 years. 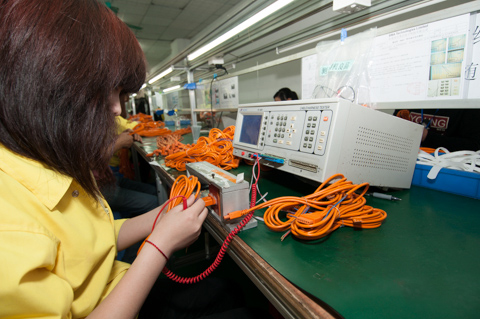 In the design stage of a cable assembly, materials can be chosen that will determine how long of a usable life the assembly will have. If the assembly is for an application that has a very limited or onetime use, materials are available that offer cost savings and are of a less durable nature. At the other extreme, if an assembly is for a critical application or is expected to perform properly for many years, the selection of materials used in the assembly needs to be more critical. For instance, in less critical applications a standard off-the-shelf copper conductor could be used as the transmission medium while in critical applications a copper alloy conductor with many very fine strands may be used. By choosing copper alloy materials, the design engineer will develop an assembly that will provide a longer flex life and be more durable.

Another decision to prevent premature obsolescence of a cable assembly due to failure is the choice of jacket materials. The material chosen for the jacket of an assembly will play a key role in the performance and usable life of that assembly. While the most obvious purpose of the assembly jacket is to make the assembly cosmetically attractive, the cable jacket also serves the purpose of mechanical, chemical, and environmental protection to the conductors within the jacket. The environment in which the assembly will be used will dictate the type of material the designer should choose for the jacket. For instance PVC is a very good jacket material for most applications, but if an assembly will be exposed to a harsh environment the use of a TPR material maybe a better choice.

Every cable assembly will use some form of connector that is made from injected molded parts. As with jacket materials, there is a vast array of materials available for use in injection molding. Determining the proper material exhibiting the properties most suitable for the application the assembly will be used in can be an engineering challenge. Depending on the intended use of the assembly, a design engineer may choose materials that possess a high degree of impact strength or if the assembly will be exposed to cleaning solvents a material that is high in protection from liquids, oils, and gas could be used. A designer should understand how the cable assembly or connector is to be used how long it is expected to last when choosing materials.

An additional issue that has an impact on the service life of an assembly is the way an assembly is manufactured. Historically, cable assemblies fail at a much higher degree at the point where the conductors are terminated to the connector. Manufacturing a cable assembly to avoid stress at the termination point increases service life and prolongs obsolescence. Lowering or eliminating the stress at the termination point can be achieved through the use of a strain relief. Almost all off-the-shelf connectors can be supplied with slip-on boots or strain reliefs. The slip on strain relief does provide some level of relief, an over molded strain relief does a much better job. 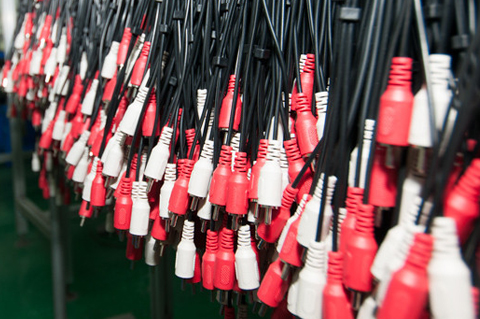 For all users, the critical question that needs to be answered once obsolescence is about to take place or has already occurred is, "what impact will it have on business and what can be done to react?" With commercial components being declared obsolete at an increasing rate, the situation has become a major challenge for any company involved in the support of complex or long life equipment.

If obsolescence is predicted for the components used by a business, they should look at the following: