With electronics becoming more portable and lightweight, they require batteries that offer long hours of battery life before recharging. Lithium batteries are becoming common place in electronics such as smartphones, laptops, and tablets as they can last for up to 2 years to 5 years. However, failures can cause lithium battery packs to malfunction. The type of problem will be based on the construction of the battery pack, how it is charged, how it is used and handled, and environmental factors. 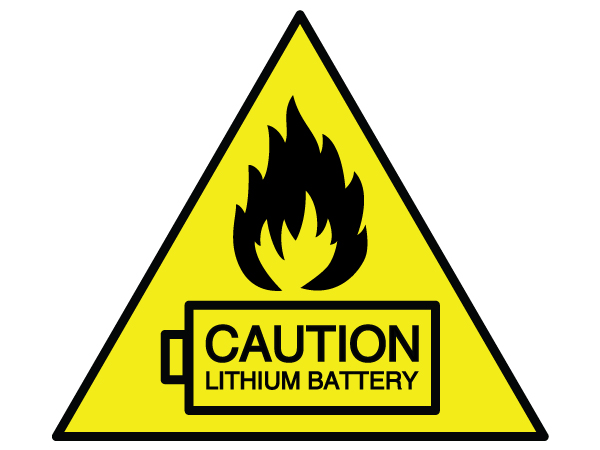 One of the main issues that we hear about constantly in the news is when a lithium battery pack has caught fire in a smartphone, laptop, or other device. Then the manufacturer has to institute a massive recall for the battery packs. In these rare instances, the failure was due to metallic microscopic particles that came into contact with parts inside the battery cell. This contact caused a short circuit.

While minor short circuits typically will only cause the lithium battery to self-discharge without any major explosion or combustion, major short circuits can lead to more drastic negative results. They occur when the metal particles accumulate in one specific spot. A large amount of current flows between the negative and positive plates as it creates heat. As the heat builds, it can begin to corrode the insulation layer; this process is called thermal runaway.

The presence of metallic particles is typically a problem with the manufacturing process when creating complex assemblies that generate a large amount of metallic dust. Having quality control processes and cutting down on the amount of dust created by using clean rooms can prevent this type of failure from occurring.

Puncture and leakage can be found all throughout the shipping and transportation process, as well as when end users handle lithium battery packs. A puncture can happen if the lithium battery comes into contact with sharp objects, becomes dropped where the casing is damaged, or experiences other mechanical stresses.

The puncture can cause the electrolyte within the battery to leak out. The amount of leakage will depend on the size of the battery pack and the number of batteries that have been punctured, as there may only be a small amount of leakage from tiny cell pouches. Punctures and leakage can be dangerous.

Battery pack with cell leakage due to outgassing.

You may notice that the battery enclosure is large and bulging. This problem is caused by the lithium battery swelling. Swelling can occur for a number of reasons. For example, moisture may have intruded into the battery pack. Overcharging is also a common reason for battery pack swelling. Aging can also cause the battery pack to swell. As it ages, the battery pack can cause an elevation in temperatures. 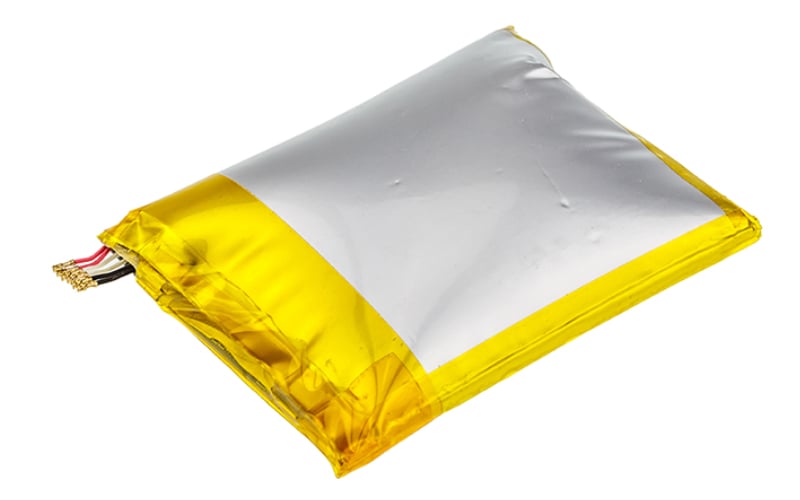 In addition, a lithium battery pack should never be charged in cold temperatures (below 32°F). Charging at this temperature can cause lithium plating (this is when the lithium-ion collects along the anode's surface as metallic lithium becomes deposited there). This plating cannot be removed; it becomes permanent. Once this occurs, the battery becomes more susceptible to damage such as high rate charging that can lead to short circuits. It can also become more easily damaged from crushing or impacts.

People using lithium battery packs have to be careful of over-discharge as much as overcharging of the battery. Lithium-ion battery chemistries should never have the voltage fall below 2 volts. This issue can happen when the battery is placed into storage for long periods of time or when discharged too much. With the voltage below 2 volts, both the cathode and the anode begin to break down.

The anode current collector will start to dissolve, as the copper dissolves into the electrolyte. The copper ions begin to precipitate into metallic copper that can cause a short circuit when the battery is charged above 2 volts. Meanwhile, the cathode begins to release oxygen; the battery will start to experience permanent capacity loss after a few cycles.

One of the most common failures is the result of the battery pack overheating. Overcharging the battery is one cause to heating issues. The excess charge combines with higher temperatures (such as direct sunlight). The battery pack experiences an increased level of stress.

Thermal runaway is usually prevented with the use of battery management systems (BMS) located in the battery pack. The BMS has safety features that will prevent overcharging, overvoltage, over-discharge, and other problems. The system ensures that the battery continues to run at safe operating levels. It can also monitor and regulate the temperatures and bleed off excess energy during charging. It will store diagnostic information if there are problems with the battery pack as technicians can troubleshoot failures.

What to Do When Experiencing Battery Pack Failure

Most of the problems with battery packs will be prevented by the BMS. Other problems such as small shorts or aging will simply cause the battery to stop working. Yet, consumers should be aware of the dangers that can occur.

Issues such as leakage and thermal runaway are the most dangerous. If there is leakage, place the lithium-ion into a sealable bag and clean up the electrolyte on devices using lemon juice or white vinegar.

During certain lithium-ion battery failures, the pack will create a hissing noise. When this occurs, take the device to a safe place where there is nothing combustible and try to remove the battery pack. At this time, gases may vent from the battery pack or it may ignite or explode. Treat a lithium-ion fire like a regular fire; you should use a foam extinguisher, sodium carbonate, or water to douse the flames. If the flames cannot be doused, let the fire burn itself out while controlling its spread.

For lithium batteries that have swelled, they should be removed from the device and replaced. Contact the manufacturer of the device to learn about what to do with the battery pack due to swelling or failure. They will give you specific instructions on how return the lithium battery back to their company or how to properly dispose of it. You can also consider recycling lithium batteries through local waste management programs or through organizations such as Earth911 and Call2Recycle. You should follow the stated guidelines as to how to prepare batteries for shipment to recycling and drop-off centers, such as taping the terminals and sealing them inside plastic bags.