When we talk about battery backup power systems for commercial settings, most people think about companies in the telecommunications, utilities, and healthcare industries in need of emergency sources of power when the electricity goes out. Yet, small and large companies require backup batteries for a range of operations.

Businesses rely on backup battery systems for their network servers, IT departments, and data centers to ensure that their computing environments continue running during business disruptions. They also use backup power systems to operate emergency fire alarms and lighting, security systems, and process control systems in industrial applications.

As technology advances, the market for system backup batteries has grown as new designs and chemistries are being developed to provide longer lifespans and more durability in different environments. Understanding the types of backup batteries that are available, whether they will work for specific applications and knowing when it is time to replace them, will help companies pick out the right battery for their backup systems and operations.

Lead acid batteries have been in use since the 1980s for many commercial applications due to their rechargeable capabilities. A typical lead acid battery has an internal chemistry that consists of two lead electrodes interacting with an electrolyte substance. One lead (Pb) electrode acts as the negative lead anode as the other electrode consists of a lead dioxide (PbO2) positive cathode to produce a charge, according to Bright Hub Engineering. The electrolyte may be in the form of a paste coating the electrode, called a dry cell, or a liquid sulfuric acid in a sealed container, referred to as a wet cell.

Lead acid batteries come in a variety of types based on the addition of other material compositions such as calcium and antimony. The most common backup battery systems are flooded lead acid batteries with the liquid sulfuric acid electrolytes, and the valve-regulated lead acid (VRLA) or sealed acid (SLA) batteries with safety valves to deal with the hydrogen and oxygen gases that leave the cells during charging and discharging. 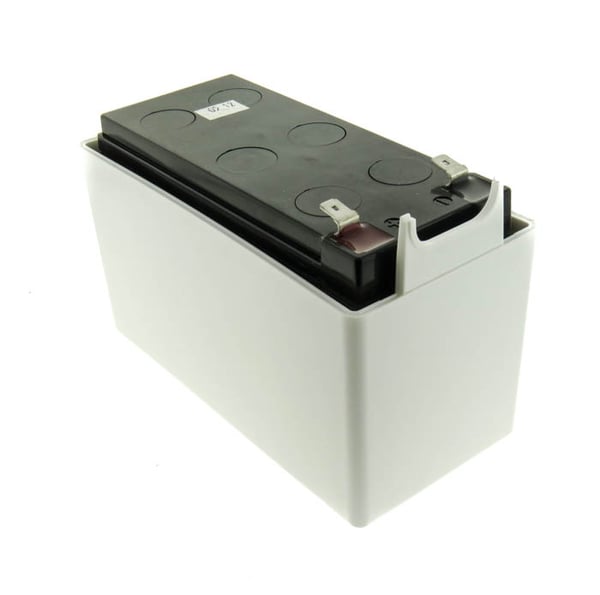 
For generations, companies have chosen lead acid batteries due to their affordability and large power capacity, making them ideal for heavy power usage and high current applications. Lead acid batteries are usually large and heavy, as they are commonly used in operations where they will not be moved once they are put into place.

Lithium batteries are newer to the scene as lithium ion batteries are often found in smaller mobile devices such as laptop computers, tablets, and smartphones. Yet many companies, including aerospace and military industries, are looking at the chemistry of lithium as a backup battery system composition for their applications.

While working with lithium to create batteries was started back in 1970, it wasn't until the 1990s when it became commercially viable. Lithium-ion polymer became the first attempt to create a rechargeable battery, yet it had low conductivity. So, it is typically used in the mobile phone manufacturing industry. Lithium-ion batteries for backup battery systems contain lithium iron phosphate as the lithium ions move from the negative electrode to the positive electrode when charging and back again when discharging. 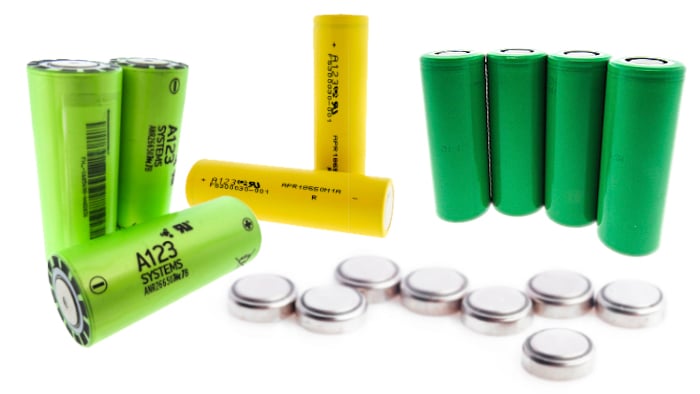 
Lithium-ion batteries are desired for backup systems when some type of disaster or disruption occurs. They offer lower energy density while providing a better performance by weight ratio.

Backup batteries in large commercial and industrial environments should have a battery management system (BMS) to ensure safe operations when charging and discharging. If a system backup battery overcharges, it can risk overheating and damaging the battery. This situation may also cause the battery to explode or burst into flames. On the other hand, if the battery discharges to a dangerously low level, it can have its overall capacity permanently reduced.

By using the battery management system, companies can monitor the reported operational information of the backup battery system to prevent damage. However, these systems do not currently have technologies that monitor the lifecycle of the battery to inform a person about when it is time to replace it in their backup systems.

Every industry has operations that may require system backup batteries with different types of chemistries. For example, an operational process may experience extreme heat temperatures, making lithium ion batteries unsuitable as these batteries have major aging issues. Another circumstance is how the battery system will be stored in the system. Flooded lead batteries must be kept upright, which makes these backup batteries unsuitable for any application that may be transported or shifted into a different position. It's ideal to learn about the advantages and disadvantages of each chemistry type for system backup batteries.

Companies should look at their current operations and energy usage for their applications. Then they should determine which operations will be placed onto the backup battery system and how much energy it will use from the battery before being completely depleted. Other factors to take into consideration include:

Age of the existing UPS system: Lithium ion batteries or LIB’s may be ideal retrofits for an existing system that is only 2-5 years old, while lead acid batteries will work better for older 10-15-year systems.

Environmental temperatures: The temperatures of the application and the general environment where the backup battery will be stored will dictate the chemistry of the battery. Higher temperatures can cause battery breakdown and greatly impact the battery's performance.

Battery life durability: The battery should be able to handle repeated cycling without experiencing instabilities, so it has a longer lifespan.

Energy density: The total amount of energy the battery stores will be important based on how long the application or process can run before the battery needs to be recharged.